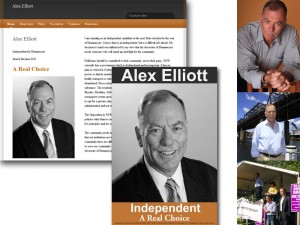 I am standing as an Independent candidate at the next State election for the seat of Drummoyne. I know that as an independent I have a difficult job ahead. My decision to stand was influenced by my view that the electorate of Drummoyne needs someone who will stand-up and fight for the community.

Politicians should be committed to their community, not to their party. NSW currently has a government which is dysfunctional and incompetent. It has no plan or vision for Sydney or New South Wales; it is committed to holding on to power so that its members may enjoy the trappings of office. There is no overall health, transport or education plan. Projects are announced and then later abandoned. Press releases have taken the place of policy. It is all spin and no substance. The residents of Drummoyne, Five Dock, Chiswick, Concord, Rhodes, Mortlake, Abbotsford, Russell Lea, Wareemba and Homebush suffer a transport system operating in the past, a school system which forces parents to opt for a private education and a health system that spends far too much on administration and not enough on patient care.

The Opposition in NSW is frightened of its own shadow. Its members have no policies other than to remain silent and wait for the change in power. They have few principles and are operating in a policy vacuum.

The community needs and deserves politicians who are forthright; enough to say that our institutions are in desperate need of fundamental change. As a community there are difficult decisions to be made. I would like an opportunity to serve my community which is why I am standing as an independent for the electorate of Drummoyne.